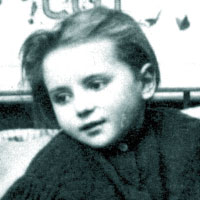 Sarah Coulson was only six years old when she was first admitted to the Hospital for Sick Children on 16 August 1875. She had made the difficult and tiring journey from Derby to attend the celebrated hospital in London.  Sarah had received bad burns to her chest six months previously and was still suffering from the effects. She stayed at the main Hospital for 10 days, before being transferred to Cromwell House, her condition not having improved. At Cromwell House, her recovery progressed slowly, and on 1 May 1876, after eight months of convalescence, she had to return to Great Ormond Street, suffering from fainting fits. A three week stay in the main Hospital rendered her well enough to be sent once more to Cromwell House, although the scar tissue from the burns on her chest was still causing her problems.  Sarah remained a further two and half months in London, but on 7 August, her mother requested that she be sent home. The strain of having her daughter so far from her for so long had become unbearable: she asked the doctors to release her ‘on account of the great distance’, and they acquiesced. Sarah went back to Derby for the first time in a year, her condition improved, but not cured.

Burns were a common danger for Victorian children, and many patients came to the Hospital with burns, scalds or the after effects of both. Several were so badly burned that they died, and others had to stay for long periods, like Sarah. Treatment often included surgery to relieve the contraction of skin and tissues caused by the scars. Presumably, they also often became infected, especially if attempts were made to treat the child at home, without medical assistance. Catherine Wood (the matron at Hospital from 1878-1888) gave advice on how to treat burns in her book of cottage lectures which were aimed at ‘peasant women’ in the villages of England. She stressed the need for careful management of the burn in the recovery period: ‘some of the most painful deformities that come into our hospitals are caused by neglect of the scar whilst the burn is healing’. No doubt such lack of attention was the source of Sarah’s prolonged recovery.

Sarah Coulson came from Derby. Her father, who had been a slater, had died by the time she was two years old, and her mother Emily was working as a midwife.  Emily and her husband had at least five children, including two called Sarah: the first, their eldest child, died between the 1861 and 1871 censuses, possibly in 1864. The second Sarah, their last child together, was born in around 1870.  When Sarah was at Great Ormond Street, perhaps the loss of her first child ate into Emily’s mind, and finally persuaded her that she could no longer bear to be parted from her precious daughter by such a great distance. Much changed for the family while Sarah was away, and in the last quarter of 1875, her mother was remarried, to Charles Meynell, a labourer in an iron factory. On her return, the family settled down. Emily was no longer described as a midwife, in the 1881 census, but as a labourer’s wife. In addition to Sarah, two of her elder sons were living with Emily and her husband and a young girl from his previous marriage. Ten years later, Sarah was living as a lodger in the house of a smith and his family, not far from her family home, although her mother had died and her step father remarried. She was now working for her living, supporting herself on the wages of her work as a waitress. There is no further record of Sarah Coulson, perhaps she married?