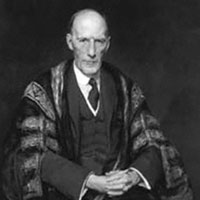 Robert Hutchison was born in Linlithgowshire, Scotland, on 28 October 1871, the youngest of seven children and fourth son in the family. His father, Robert Hutchison (1834–1894), was a partner in the family wine business in Leith. His eldest brother, Sir Thomas Hutchison, first baronet (1866–1925), of Hardiston, was lord provost of Edinburgh in 1921–3.

Hutchison undertook his initial medical training at University of Edinburgh, and then worked at the Sick Children's Hospital in Edinburgh, among other appointments. After trips to Strasbourg and Paris, he obtained his MD in 1896 and in the same year moved to London to become junior resident at the Hospital for Sick Children, Great Ormond Street (HSC). In 1900 he was appointed to the visiting staff of the HSC and to the London Hospital, where he treated adults and children, and was elected FRCP in 1903. In 1905 he married a medical practitioner, Laetitia Moore-Ede. They had five children, although only two sons and one daughter survived.

Hutchison was a prolific writer, producing Clinical Methods in 1897 (with H. Rainy) and his famous Food and the Principles of Dietetics in 1901. The 1951 issue of the Archives of Disease in Childhood, which marked his eightieth birthday, listed 276 publications and lectures on paediatric subjects: his chief paediatric publication was Lectures on Diseases of Children (1904). In addition to his hospital work, Hutchison had a busy consultant practice in London. He was president of the Royal Society of Medicine (1934–5) and of the Royal College of Physicians (1938–41) and Harveian orator in 1931.

Hutchison's tall, slim figure, his Scottish accent, and his scathing tongue, all created a distinctive personality. His academic and scientific eminence inspired admiration, and his advice was sound, kindly, and helpful. He gave up his hospital appointments in 1934 and was created a baronet in 1939.