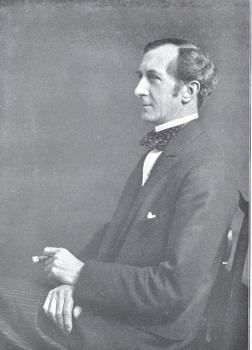 Leonard Findlay was 'a most colourful character with a vivid personality and amazing energy' according to Stanley Graham, who, some decades after Findlay was appointed Samson Gemmell professor of Paediatrics at the University of Glasgow.

Findlay was born in Glasgow, the son of a doctor, educated in the city and graduated MB ChB from the University in 1900. He attained his MD in 1904 and in both graduations he passed with commendation. He followed this with the DSc in 1912.

His initial postgraduate appointment was as a resident in the Western Infirmary, proceeding from that role to work in Pathology for some years with Sir Robert Muir. In this period he became interested in rickets (a common childhood disease in Glasgow at that time) and infant nutrition, leading him inevitably into the emerging speciality of paediatrics.

Findlay's first appointment to the Royal Hospital for Sick Children was as House Physician in 1902. After a year he was selected with one other doctor for a post as extra honorary physician. The post entailed duties in the Dispensary, a busy department with large numbers of attendances annually. In 1914, when the new Hospital was being prepared for use he was appointed as Visiting Physician , the equivalent of medical "chief", but a year later a significant part of the new building was requisitioned for the military use and he was assigned the rank of Captain and put in charge of military convalescent medical cases. In 1918 he was posted for military duty to France.

At the end of the First World War it took some time for the new hospital to settle as the Children's Hospital and in 1919 Findlay was asked to be the International League of Red Cross Societies at Geneva, a post he filled for the next year. His strong views on the aetiology of rickets persisted, believing lack of exercise to be at the root of the disease, but in time he came to recognise the prevailing view that rickets was a metabolic disease.

Surviving the war, he returned to Glasgow and in 1919 he was appointed to a newly established lectureship (in Medical Diseases of Infancy and Childhood) at the University - post which had been endowed to commemorate Leonard Gow, a Glasgow shipowner. Five years later (1924), on receipt of a bequest of £20,000 from Samson Gemmell's brother, the University established a chair in Medical Paediatrics in his name and Leonard Findlay was its first holder. (Samson Gemmell had been associated with the Glasgow Children's Hospital since its inception).

Findlay inspired young doctors and his mixture of a scientific approach with strongly held unconventional views, attracted many to seek appointments with him. He made a notable contribution to the development of paediatrics in Glasgow but in 1930 at the age of 52 he resigned and moved to London, following disagreement regarding the organisation of wards within the Hospital. In London his main appointment was to the Queen Elizabeth Hospital for Children at Hackney; he also ran successful private practice.